Roaring 2020s: Three Signs That Capitalism Has Become A Mockery of Itself

Capitalism has become a mockery of itself as it loses the free market: I point to the Growth stock bubble, the money printing, and the Dogecoin mania as evid...
Published by Dr Jiulin Teng on 10 May 2021 · Updated on 25 Jul 2021
Keywords: capitalismcryptocurrencyfall-of-civilizationsmoney-printingscamstock-market
Capitalism is understood by many to represent two ideals, the rule of law and the free market. As I have stressed repeatedly in my podcast [YouTube, BiliBili], however, they are not always part of the reality: Capitalism prospers when there is a strong, independent judicial system and free market signals are untainted by excessive governmental intervention. Capitalism withers when select elites stand above the law and the government actively chooses winners and losers.
As we enter the 2020s, this detachment becomes exceedingly obvious. Here I want to point to three clear warning signs that the principle of free market is no longer a reality in major Western economies, notably the US.

I. The “Growth” Craze in Equity

Ideally, the difference between consumption and investment is that the latter is income-generating. In the equity market, an investment is one that pays the investor more dividends than the opportunity cost and risk premium attached to it. In recent years, particularly after the start of the money printing program (QE ad infinitum), however, the equity market has turned upside-down:
Well-run, profitable, dividend-paying companies award their investors with dividends, as before. What changed is that poorly-run, unprofitable, would-be bankrupt companies now have access to loans at 0% interest rate. They proceed to borrow more money than their entire asset values and use this borrowed money to buy back their own shares. As a result, these would-be bankrupt companies see their stocks perform better than well-run companies.
The same happens with venture-backed tech startups. Fewer are funded than before, but they are funded much more generously—with the sole goal of capturing as much market share as possible, preferably at a loss:
See, the rare success stories of a handful of tech startups have clouded the judgement of the public, leading them to think that tech startups should be big and unprofitable before they suddenly become exceptionally profitable. I have talked about this in my podcast before, so I’m not going to explain how this works further. In short, billion-dollar VC funds are able to package large tech companies that add negative value in the economy into immensely profitable IPOs.
Last but not least, let’s not forget the SPAC scam.
A SPAC, Special Purpose Acquisition Company, is a company that exists in name only. Nothing is developed, let alone made or sold, by a SPAC. Yet, they’re raising billions of dollars in IPOs. This goes completely contrary to the original concept of an equity market in capitalism:
A well-run, profitable company needs to raise more funds to expand more quickly. The company raises funds through an IPO and awards the investors with dividends when it succeeds in investing the money it has raised in production.
Now, there is no production, no investment, no profit, and not even a company. Yet a SPAC can raise more than Microsoft did in its IPO!
Let’s keep it straight: SPAC to the equity market is ICO to the crypto market. Most are scams, and most will go to zero when it’s all said and done.

If I give you a printer and all the supplies to print all the greens you want, you wouldn’t think that printing would add any value to you or to the economy, would you? Yet, Western economies now believe that they are adding value by printing money.
In reality, value is added through production. Value can be traded, and it can be represented by currency. However, the act of printing money only debases the currency while adding no value at all!
OK, in terms of the printed currency, the same amount of value will have a larger currency-denominated value attached to it. By tainting the CPI, it is possible to claim economic growth.
Here’s how it works:
Say your dollar-denominated value created per year is $100. Now, if you double your money supply, an elementary school student knows that the dollar-denominated value is now $200 per year (which is also wrong), but the value has not increased. However, the central bank comes out and say that the CPI is actually 1%, though to make the purchase of said value $120 is needed. What’s the economic growth now? It’s 19%.
By not adding any value and manipulating macroeconomic numbers, it is possible to claim any economic growth you desire, with little attachment to reality.
I’ll expand on this in a future podcast, so I’ll keep it short here.

In 2021, I can’t talk about the failure of Western capitalism without mentioning the Dogecoin mania.
Dogecoin is the original meme coin, which alongside meme stocks highlight the incessant decline of mental acuity in the age of smartphone, apps, social media, and wokism. It is intended to be a mockery. Every time I hear people in the media talk about “doge”, I’m reminded of how clueless they are:
It is DOG!
It is a misspelt “dog”.
Now, there seems to be hundreds of thousands who think that this DOG is going to be the world’s reserve currency, that they are going to be “millionaires” if they buy and hold DOG. And DOG has increased its dollar-denominated price by over 600x in a matter of months!
The fact that financial media cannot stop talking about it and that a large number of people believe in it reflects the collapse of capitalist civilization. It is the best microprism of what has been wrong with Western capitalism in the last decade:
Working is now looked down upon. Value is no longer appreciated. Knowledge is ignored, but memes are where millions spend their time spreading. Everyone has his/her own version of truth, and the media straight-up invents its own version of it.
When every single bit of market signal is distorted, the market can function no longer. Like a chicken without its head, it runs wildly, unconscious about the danger it is in. While money printing has been able to prop up the financial markets, the real economy is being devastated. Sooner or later, in fact quite soon I would wager, they would stop printing that money because the paper will be worth more, and the house of cards will go with it.
Below my podcast on this subject: 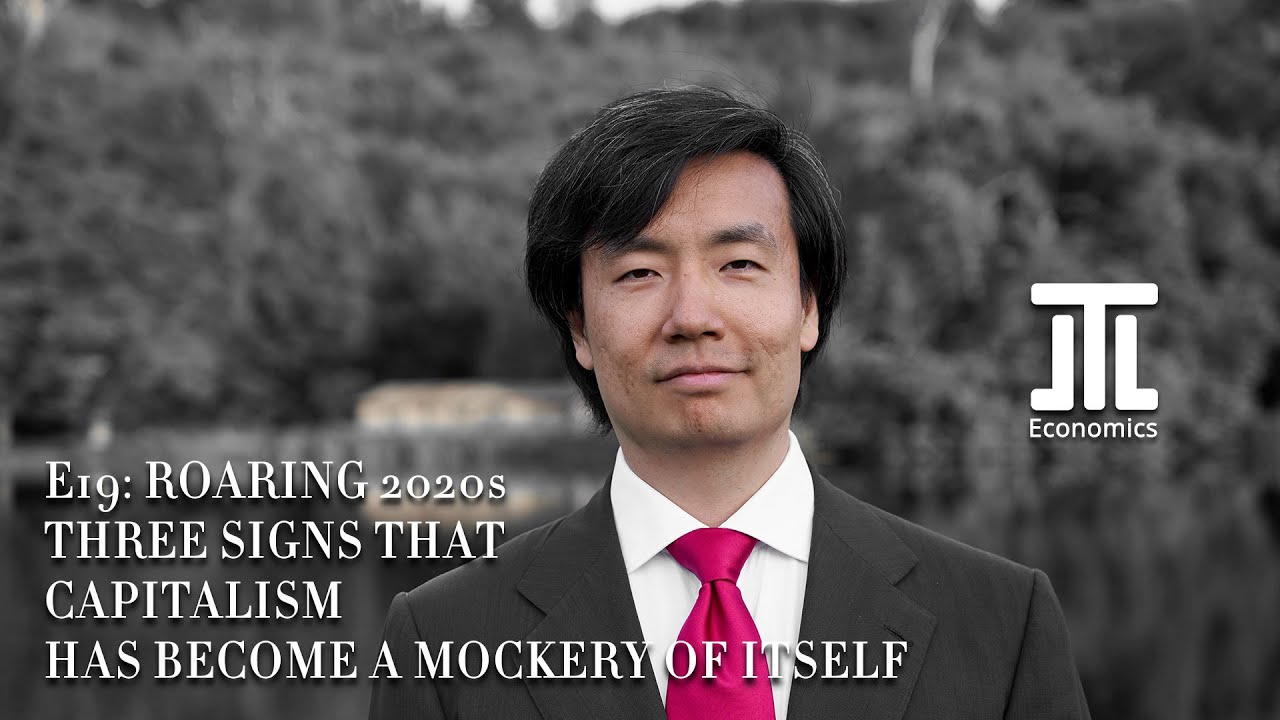 Economy
The Economic & Social Carnage of Hybrid Wars #50
07 Apr 2022 · In this podcast, I make two points on the economic and social carnage of hybrid wars.

Economy
Russia's Potential End Games in Ukraine #48
31 Mar 2022 · As Russia starts the 2nd phase of its operations in UA, we have enough information to start analyzing what its end game may be. In this podcast, I list 5 facts and discuss 3 possible end games.

Economy
Russia vs Germany: A Contrast of Great & Disastrous Leadership #46
31 Mar 2022 · The contrast between the leadership in Russia and Germany cannot be more stark. In this podcast, I compare the two and discuss the underlying causes of this difference.

Economy
The Belligerent Imbeciles: Fools Drag the West Down the Path of Poverty and War #45
31 Mar 2022 · This podcast is about the belligerent yet incompetent "leaders" in the west. I discuss 1. what their M.O. are, 2. how to counter them, and 3. what the foreseeable escalations are.
See More